Threw together a quick political cartoon about Pastor Terry Jones’ “International Burn-a-Koran Day” and the lunacy about it. 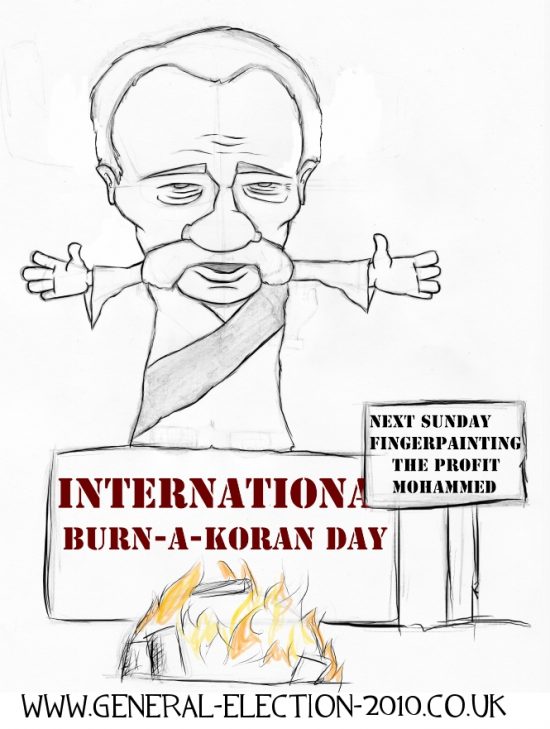 Since Pastor Terry Jones announced the “International Burn-a-Koran Day” that it has attracted a lot of media attention. I don’t blame the media, a religious lunatic saying he will burn copies of the Koran on 9/11 the 9th anniversary of one of the largest and most disastrous terrorist attacks in history.

Pastor Terry Jones justifies his religious intolerance by claiming it is to fight terrorism, it sounds more like a stunt to infuriate the Muslim community.

Doing the book burning on 9/11 is more insulting and humiliating to both British and American citizens then to the Muslim community a lot of people lost loved ones in the terror attacks on September 11th and they have moved on, for him to burn Koran’s on that day is not honouring the people who lost their lives and putting a sour taste on a day of remembrance.

But whether he should or shouldn’t be stopped from burning the Koran is another issue.

Wouldn’t it be infringing on his rights to stop him from in a way protesting something that wrong or right he strongly believes in. But letting him continue to breed religious intolerance doesn’t that do more harm than the upheaval of the church and the backlash from radical Muslim groups who have already said they are planning to burn American flags outside of the US embassy in protest. There has already been 3 Afghan deaths in Afghanistan.

There is also a mistake from the media, giving someone like Pastor Terry Jones so much international media attention.
Even though people like Terry Jones need to be turned into a public examples and make him in some way a laughing stock.
We also need to ignore his actions and give him the message that we do not care and it is just him and his ‘followers’ to burn some books and be ignored and given nothing in the form of attention, all this coverage has also brought out more religious zealots and xenophobes that want to burn Koran’s with him, in a way giving him benefit and making his ideals seem more agreeable because more people have turned up to that stunt.

What never makes any sense is the argument posed by people like Pastor Terry Jones. They say they are doing this kind of action because they are ‘fighting’ terrorism. But their method to fight extremism by being extremist, for example burning Koran’s.

Pastor Terry Jones in a fox interview said “We’re against a radical element of Islam even moderate Muslims should be on our side” burning their Koran, their holy book!. 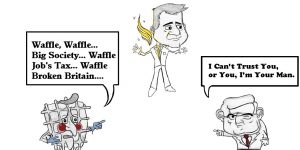 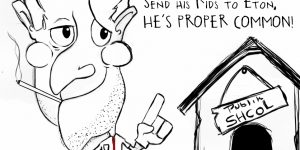 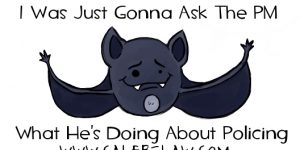 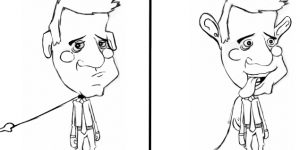 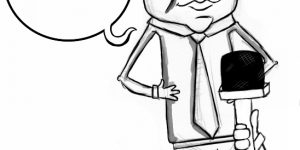 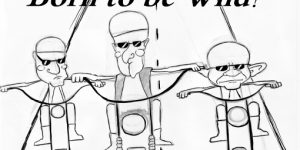 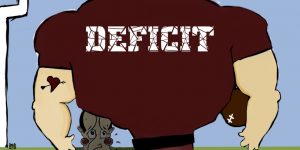