Will Parliament Vote to Delay Brexit to Avoid a Disruptive No-Deal Exit?

With around two months before Brexit day 1, a cross-party group of MPs are poised to support the Cooper-Boles amendment to the European Union Withdrawal Act 2018 to take a no-deal Brexit off the table.

If the amendment is passed by MPs this week it potentially adds an option for Parliament to force a vote on extending Article 50, delaying Brexit to allow more time to negotiate the UK’s withdrawal from the EU and breaking the Brexit deadlock. 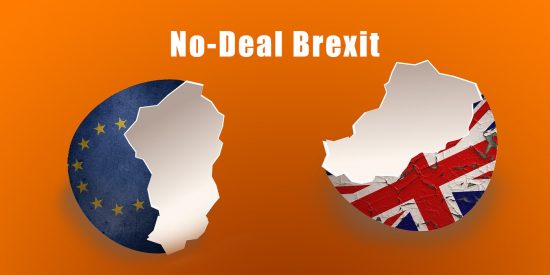 Is a No-Deal Brexit a Credible Negotiation Position?

What Do Others Think?

Delayers, Leavers and Remainers lie in wait as Brexit battle is rejoined in Westminster

This plan has attracted broad support because it concentrates on one of the few things there is a majority for among MPs – avoiding a no-deal Brexit. The Cooper-Boles amendment gives parliament the power to order May to ask for Brexit to be delayed for a set amount of time, should no agreement be reached by the end of February. It would delay the Brexit cliff edge, but not deal with how to remove it entirely. A similar cross-party amendment, which does not bind the hands of the government, has also been tabled.

Amid scores of Brexit amendments and chaos in parliament, there are only two votes that really matter – here’s why

The Cooper-Boles plan is to take no-deal Brexit “off the table” by requiring Theresa May to seek to postpone our departure from the EU if a deal has not been approved in time.

The vote will be no mere expression of opinion. If the amendment is passed, it will change the rules of the Commons to allow a bill drafted by Cooper and Boles to be rushed into law on 5 February.

At end, add “and is conscious of the serious risks arising for the United Kingdom from exit without a withdrawal agreement and political declaration and orders accordingly that—

(a) Standing Order No. 14(1) (which provides that government business shall have precedence at every sitting save as provided in that order) shall not apply;

(b) a Business of the House Motion in connection with the European Union (Withdrawal) (No. 3) Bill in the name of at least 10 Members, including at least four Members elected to the House as members of at least four different parties and at least two backers of that Bill shall stand as the first item of business;

(c) that motion may be proceeded with until any hour though opposed, shall not be interrupted at the motion of interruption, and, if under discussion when business is postponed, under the provisions of any standing order, may be resumed, though opposed, after the interruption of business; and Standing Order No. 41A (Deferred divisions) will not apply;

(d) at the conclusion of debate on that motion, the questions necessary to dispose of proceedings on that motion (including for the purposes of Standing Order No. 36(2) (Questions to be put following closure of debate)) shall include the questions on any amendments selected by the Speaker which may then be moved; and

(e) the second reading of the European Union (Withdrawal) (No. 3) Bill shall stand as the first order of the day; and

(2) In respect of the European Union (Withdrawal) (No. 3) Bill, notices of Amendments, new Clauses and new Schedules to be moved in Committee may be accepted by the Clerks at the Table before the Bill has been read a second time.

Have an opinion, have Your Say by commenting below.

Leave a reply to Will Parliament Vote to Delay Brexit to Avoid a Disruptive No-Deal Exit?
Recent
Blogroll