The Labour Party won the 2005 UK general election with 35.3% of the popular British vote.

For a new poll see the UK General Election 2019 poll.

How did you vote in the general election 2010?

Just over 4 years on with political scandal after scandal, all political polls pointed to a Conservative win at the 2010 general election with speculation of a possible Hung Parliament (rare in British politics).

We’ve been living with a coalition Conservative/Lib Dem government since May 2010.

With no overall winner the Conservative Party with 36.1% (306 MPs) of the popular vote and the Liberal Democrats with 23.0% (57 MPs) formed a coalition government.

Above are all the parties that have MPs or lost MPs, plus UKIP and the BNP due to their interest. 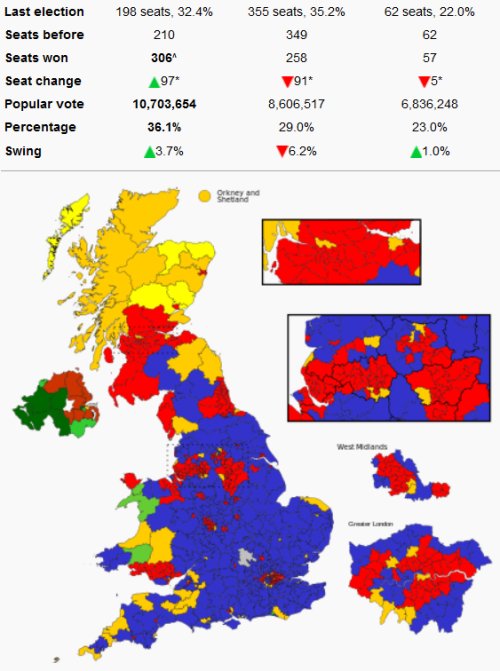 I’ve included the main political parties from the 2005 general election, they are listed in the order from most votes (The Labour Party) to least votes.

Below is a list of the top 20 political parties (ordered by popular vote %) from the 2005 general election, only 12 of which gained parliamentary seats (MPs)!

How did you vote in the next General Election 2010 and are you happy with the outcome?