UK General Election 2010 – UK Unemployment Fell to 2.47m In the Months Before

If you remember throughout the week Schools Secretary Michael Gove has made several errors about the axed school list. But he has caused more confusion for schools that originally thought they were safe. Just like schools in Wigan and Bolton, they reached the milestone to avoid the slash but they their names were put along […]

David Cameron to Oppose Electoral Change to the Alternative Vote

Theresa May Apologises After Policy Announcement to Media Before MP’s

Home Secretary Theresa May apologises after announcing non-EU Immigration Cap to the Media before telling MP’s. It comes after Speaker John Bercow looked into a complaint by a labour MP when the story was published in the newspapers on Monday. He said details given to journalists and were “similar” to a statement then made to […]

A report containing leaked treasury figures claims 1.3m jobs could be lost by 2015, the guardian newspaper has predicted that 120,000 public sector jobs and 140,000 private sector jobs could vanish annually for the next five years. Important Labour figures say the true cost of the budget was now clear. But the government says independent experts expect “unemployment […]

Chancellor George Osborne’s Axe Dangles Over Incapacity Benefit – But will It Be Cut?

Nothing is Safe From the Chancellor Not Even Essential Services. George Osborne has indicated that Incapacity Benefit (a benefit for disabled people under the state pension age) may be cut. George Osborne said he wants to protect those in “genuine need” while encouraging those who could work to do so. Currently in the UK over […]

Wasn’t Young Clegg so Great Before the Election – But now he’s grown up he’s Public Enemy No.2 (second to David Cameron). Nick Clegg has had to ‘crawl’ back to his constituency to talk to business leaders about snatching the loan away from nuclear development company Forge masters. He spoke to Tony peddler chairman of the board, and at his constituency office […]

Put Back on your Slippers Gran – Your Going Back to Work I seriously don’t know what to say about this new coalition government policy, it’s good but must be applied with caution. There’s retired pensioners that can work (and want to) but can’t  get employed because of their age, hopefully this could be put […] 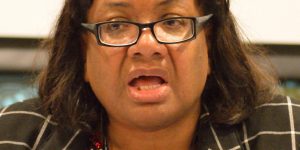 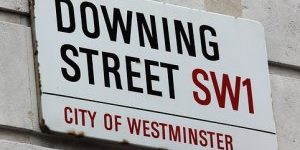