If there is a Hung Parliament then Nick Clegg will have to jump in bed with one of the two leaders of the opposition. But what I want to ask you is who would you like there to be a coalition government with?? Coalition Government Poll [poll id=”19″]

From the Labour party manifesto they have a policy to bring in ID cards: The new biometric ID scheme which already covers foreign nationals will be offered to an increasing number of British citizens, but will not be compulsory for them. It will help fight the growing threat of identity theft and fraud, as well […]

Politics of the Pope Visiting Britain in 2010 Poll

Not exactly general election politics per se, but interesting all the same. Pope Benedict XVI plans to visit Britain later this year (September 16th 2010) and with the Catholic priests child abuse controversy it’s expected to be a turbulent visit with groups protesting at the Popes stance on issues like pedophilia priests, abortion and gay […]

Saint George (ca. 275/281 – 23 April 303) was, according to tradition, a Roman soldier and priest in the Guard of Diocletian, who is venerated as a Christian martyr. In hagiography Saint George is one of the most venerated saints in the Roman Catholic Church, Anglican Church, Eastern Orthodox Church, Oriental Orthodox Church, and the […]

At the up coming UK general election there’s a realistic possibility of a hung parliament. All serious polls point to a Conservative election win, but with UKIP’s strong showing in the 2009 EU elections and the Tories appearing to be turning their back on Euroscepticism, could Eurosceptic UKIP split the Conservative vote (Eurosceptic Conservative MPs […]

Is the National Minimum Wage Safe Under a Conservative Government Poll? 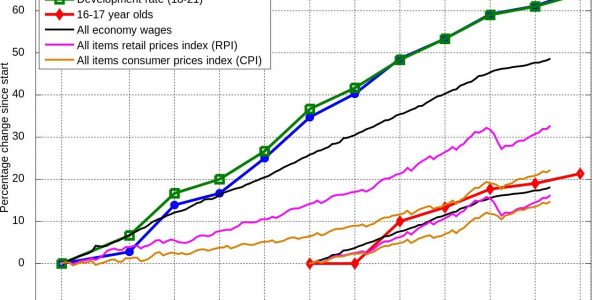 The National Minimum Wage was legislated for by the Labour government ~10 years ago. At the time the Conservative party argued against the national minimum wage on the grounds it would cost the country jobs, businesses would stop investing in Britain because labor costs would be so high. To date we’ve not seen great job […]

Should the Government Ban the Islam4UK Wootton Bassett March Poll

The town of Wootton Bassett is associated with honouring soldiers killed in Afghanistan, every time a fallen soldier returns home the town comes out in force to honor our loss. Very patriotic and no matter how you feel about the Afghanistan war what happens in Wootton Bassett is a very moving event. Makes me proud […]