Preface by the Secretary of State 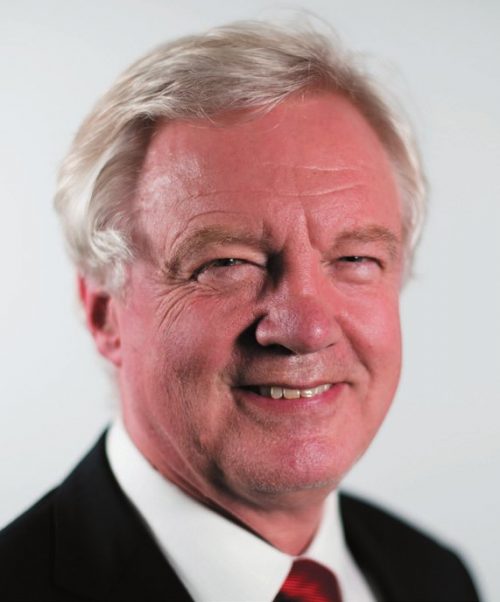 The people of the United Kingdom (UK) have voted to leave the EU and this Government will respect their wishes. We will trigger Article 50 of the Treaty on European Union by the end of March 2017 to begin the process of exit. We will negotiate the right deal for the entire UK and in the national interest.

With our economy proving resilient, the UK enters these negotiations from a position of strength.

We approach these negotiations from a unique position.

As things stand, we have the exact same rules, regulations and standards as the rest of the EU. Unlike most negotiations, these talks will not be about bringing together two divergent systems but about managing the continued cooperation of the UK and the EU. The focus will not be about removing existing barriers or questioning certain protections but about ensuring new barriers do not arise.

The links between the UK and the rest of Europe are numerous and longstanding – and go beyond just the EU. They range from our shared commitment to NATO to the shared values underpinning our societies, such as democracy and the rule of law.

The UK wants the EU to succeed. Indeed it is in our interests for it to prosper politically and economically and a strong new partnership with the UK will help to that end.

We hope that in the upcoming talks, the EU will be guided by the principles set out in the EU Treaties concerning a high degree of international cooperation and good neighbourliness.

On 17 January 2017 the Prime Minister set out the 12 principles which will guide the Government in fulfilling the democratic will of the people of the UK. These are:

1. Providing certainty and clarity;
2. Taking control of our own laws;
3. Strengthening the Union;
4. Protecting our strong historic ties with Ireland and maintaining the Common Travel Area;
5. Controlling immigration;
6. Securing rights for EU nationals in the UK and UK nationals in the EU;
7. Protecting workers’ rights;
8. Ensuring free trade with European markets;
9. Securing new trade agreements with other countries;
10. Ensuring the United Kingdom remains the best place for science and innovation;
11. Cooperating in the fight against crime and terrorism; and
12. Delivering a smooth, orderly exit from the EU.

In this paper we set out the basis for these 12 priorities and the broad strategy that unites them in forging a new strategic partnership between the United Kingdom and the EU.

We have respected the decision of Parliament that we should not publish detail that would undermine our negotiating position.

However, we are committed to extensive engagement with Parliament and to continuing the high degree of public engagement which has informed our position to date. We will continue to engage widely and seek to build a national consensus around our negotiating position.

The referendum result was not a vote to turn our back on Europe. Rather, it was a vote of confidence in the UK’s ability to succeed in the world – an expression of optimism that our best days are still to come.

This document sets out our plan for the strong new partnership we want to build with the EU. Whatever the outcome of our negotiations, we will seek a more open, outward-looking, confident and fairer UK, which works for all.

Previous : Foreword by the Prime Minister

Next : Providing Certainty and Clarity