There’s a new kid on the block in political party terms in the form of the aptly named The Brexit Party, recently formed by former UKIP economics spokeswoman Catherine Blaiklock and endorsed by Nigel Farage.

With the current Brexit Parliamentary deadlock there’s been a lot of political talk regarding extending the Article 50 process (which ends March 29th 2019) to allow more time for either a general election and/or a 2nd People’s Vote to give Parliament a new Brexit mandate.

The EU has been clear, it won’t support an Article 50 extension just to allow more time to negotiate the Article 50 Brexit deal, but would consider support to allow for a general election or a 2nd referendum on EU membership. 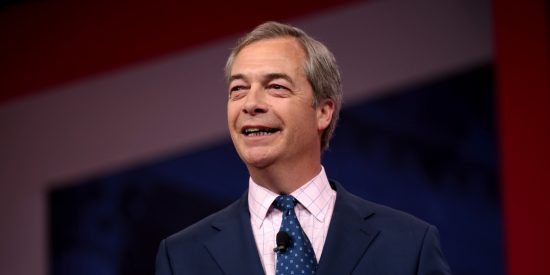 For a few weeks current MEP Nigel Farage who recently resigned from UKIP over their new political direction has been saying if Article 50 is extended he will find a way to stand as an MEP either by setting up a new political party or by joining a pro Brexit party.

Mr Farage pledged support for a new pro Brexit party named The Brexit Party which was formed earlier this month.

The Brexit Party plans to field both MPs if there’s a UK general election before we Leave the EU and MEPs if Article 50 is extended beyond May 23rd.

What Do Others Think?

Farage’s RETURN to UK politics? Ex-Ukip leader ‘open to’ joining ‘Our Nation’ Brexit party The former Ukip leader and now LBC radio host has confirmed that he would come back to British politics full-time as a candidate for a new party if Brexit isn’t successful.

The former Ukip leader said he had offered his enthusiastic support to the Brexit party after being sounded out as its potential leader.

Have an opinion, have Your Say by commenting below.