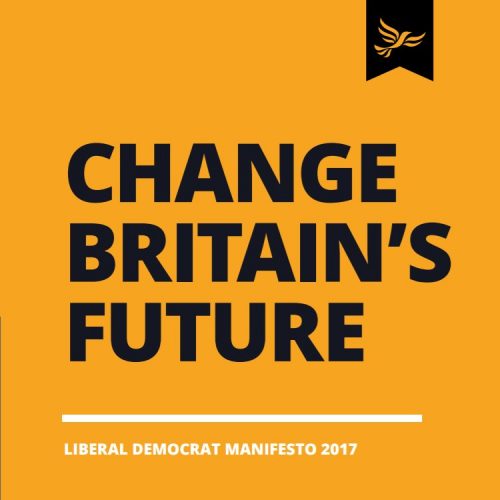 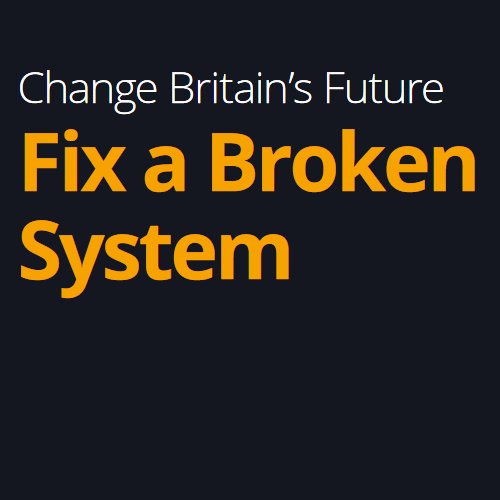 Britain suffers from an overcentralised political system with a lack of openness and accountability. Parliament is unrepresentative of the electorate and weak in restraining the power of the government, we still have an unelected House of Lords, local government is hobbled by central control, and people feel they have no effective means of making known their concerns and priorities. It’s no wonder people feel frustrated and angry at the system.

This anger found its most recent expression in the result of the EU referendum, but ironically this was as much a verdict on the performance of British political institutions as European ones. The Conservatives’ proposed Great Repeal Bill threatens to centralise power even more, handing to central government powers to alter vast swathes of the statute book without proper parliamentary scrutiny.

We believe in a United Kingdom where people have power over their own lives and how their country is run. To make this happen we need to revitalise our political system – strengthen devolution, make the argument that we are stronger together than we are apart, and increase trust in our institutions.

Unfair votes, overcentralisation of decision-making, the power of patronage and the influence of powerful corporate lobbies mean ordinary citizens and local communities are too often excluded and left alienated by politics today. We need to reform British politics to make it more representative and more empowering of our citizens so it earns greater public confidence. We will :

While new constituencies would need to be established for a new voting system, we believe constituency boundary reviews should respect natural geographical communities, with greater flexibility for the Boundary Commission to deviate from exact equality to take account of community ties and continuity of representation, and should take place every 10 years.

The recent media, police and Electoral Commission investigations into possible breaches of spending limits by candidates in the 2015 general election show that the current system is not fit for purpose. The clear objective must be to ensure that all expenditure on campaign material targeted at an identifiable constituency, and in particular at voters within that constituency, is included in its expense return, rather than it being possible to count against a national party limit.

We do not believe that political parties themselves have an incentive to change the existing system. We will therefore task the Electoral Commission with producing a framework for an up-to-date expenses system that adequately governs the running of a modern campaign, and put these proposals to a vote in parliament.

Liberal Democrats have a proud record of leading the way on giving greater powers to the nations of the UK. Now we must deliver on the promises made to the people of Scotland and the rest of the UK to further decentralise power. We will deliver home rule to each of the nations of a strong, federal and united United Kingdom.

Change has been taking place rapidly. We now need to make sure all the new arrangements work together coherently and we will therefore establish a UK

constitutional convention, made up of representatives of the political parties, academia, civic society and members of the public, tasked with producing a full, codified constitution for the UK, to report within two years.

We will work with devolved parliaments and assemblies to allocate to them any powers repatriated as a result of Brexit in their areas of responsibility, and ensure that the devolution of any repatriated powers or responsibilities does not disadvantage the nations of the UK.

After the 2014 independence referendum, Liberal Democrats in the UK government established the Smith Commission to bring together Scotland’s five biggest parties to agree what further powers should be assigned to the Scottish Parliament. Liberal Democrats ensured the package of powers agreed reflects Scotland’s priorities.

These powers and more will deliver for people in Scotland an empowered and accountable Scottish Parliament in a strong and secure United Kingdom.

Our plans for a written, federal constitution will include a permanent Scottish Parliament that could only be abolished by the sovereign will of the Scottish people.

We will work hard to ensure that Scotland remains a part of the United Kingdom.

Scotland benefits from being inside the UK and EU single markets. Each is worth billions of pounds and supports tens of thousands of Scottish jobs. Under the Liberal Democrats inclusion in those single markets will continue. Keeping the UK in the EU will remove the basis for the SNP’s divisive proposed referendum on independence.

We welcome the new Wales Act, which is intended to implement the St David’s Day agreement secured by Liberal Democrats in government – but it does not go far enough.

Liberal Democrats will deliver proper home rule for Wales and a Welsh Parliament by implementing the remaining Silk part 1 proposals on financial powers and the Silk part 2 proposals to devolve powers over transport, youth justice, policing and other justice powers.

We will raise the status of the National Assembly to become a Welsh Parliament, strengthening its capacity to scrutinise legislation and to hold the Welsh Government to account. We will drastically reduce the number of reserved subjects and prevent Westminster from being able to override Wales on devolved matters. We will recognise Wales as a distinct legal jurisdiction. Among other powers which we would devolve are funding of Network Rail in relation to the Wales network, allowing the Welsh Government to set its own bank holidays and giving the Children’s Commissioner for Wales the power to examine issues that affect children in Wales but are not within the control of the Welsh Government.

To help create jobs and boost growth in Wales we will abolish the economically distorting tolls on the Severn Bridge, after the costs have been recouped in 2018.

To grow the economy, tackle social exclusion, overcome inequality and deliver efficiencies in public services, Liberal Democrats will support policies and initiatives, such as integrated education, that promote sharing over separation and counter the cost of division.

Devolution of power to Scotland, Wales and Northern Ireland has implications for the UK parliament and its dual role in legislating for England as well as the federal UK. It is possible that a future UK government could use the support of MPs representing Scotland, Wales or Northern Ireland to secure the passage of legislation that only affects England, even if the majority in England were opposed. This would be a key issue for our proposed constitutional convention to address.

Liberal Democrats support an English-only stage in legislation affecting England, so English MPs can have a separate say on laws that only affect England. However, this should be on a proportional basis, genuinely reflecting the balance of opinion in England.

In some areas of England there is a greater appetite for powers, but not every part of the country wants to move at the same speed and there cannot be a one-size-fits-all approach. All areas should however have access to the same opportunities and mayoral authorities should not be ranked higher in terms of the powers with which they can be granted. We will therefore introduce ‘devolution on demand’, enabling even greater devolution of powers from Westminster to councils or groups of councils working together – for example to a Cornish Assembly or a Yorkshire Parliament.

The nations of the United Kingdom have long had different needs with regard to funding. The Barnett formula is the mechanism used to adjust spending allocations across the UK.

The Liberal Democrats have already delivered a substantial extension of financial powers to the nations of the UK and we will devolve further fiscal powers to the devolved governments. In order to ensure reliable funding we will retain the Barnett formula and the agreed fiscal framework as the basis for future spending allocations for Scotland and Northern Ireland. This will protect the individual nations’ budgets from external shocks.

We recognise the findings of the Holtham commission that the current formula underfunds Wales, and will commission work to update this analysis. We will address the imbalance by immediately ensuring that the Barnett floor is set at a level that reflects the need for Wales to be funded fairly, and seek over a parliament to increase the Welsh block grant to an equitable level.

This manifesto sets out Liberal Democrat policies and priorities for the United Kingdom. The Scottish and Welsh Liberal Democrats set their own policy on devolved matters, and for those policy areas, the proposals here apply to England only. Our sister party, the Alliance Party of Northern Ireland, makes its own policy on devolved issues in Northern Ireland. 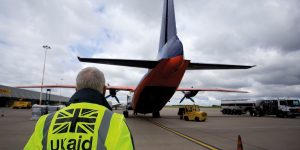