Towards A National Education Service is part of the Labour Parties 2017 General Election Manifesto. 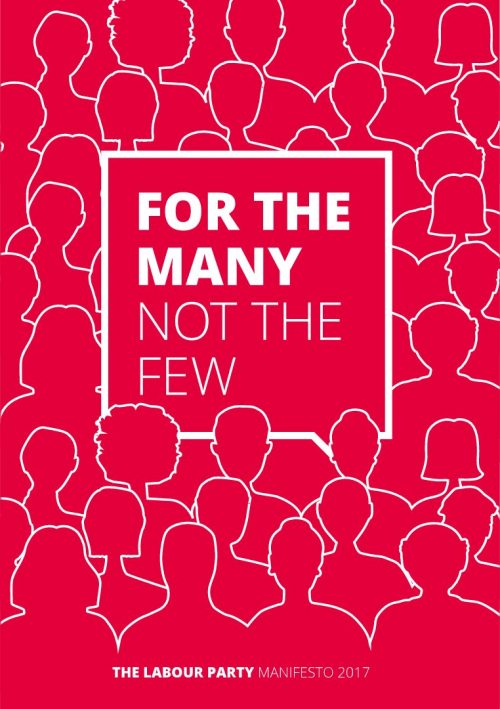 Towards A National Education Service

Education is what empowers us all to realise our full potential.

When it fails, it isn’t just the individual that is held back, but all of us. When we invest in people to develop their skills and capabilities, we all benefit from a stronger economy and society.

At a time when working lives and the skills our economy needs are changing rapidly, governments have the responsibility to make lifelong learning a reality by giving everyone the opportunity to access education throughout their lives.

To meet this responsibility, Labour will create a unified National Education Service (NES) for England to move towards cradle-to-grave learning that is free at the point of use. The NES will be built on the principle that ‘Every Child – and Adult Matters’ and will incorporate all forms of education, from early years through to adult education.

When the 1945 Labour government established the NHS, it created one of the central institutions of fairness of the 20th century. The NES will do the same for the 21st, giving people confidence and hope by making education a right, not a privilege, and building bridges where the Conservatives build barriers. 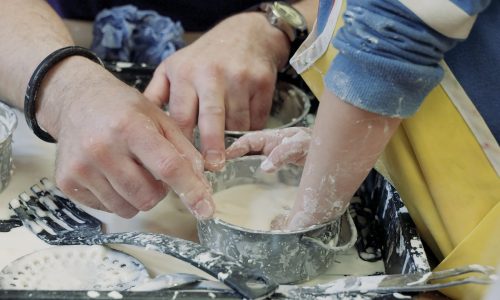 Currently, there is a gap between the end of maternity leave and the beginning of full-time schooling. This gap can make it difficult for parents, particularly women, to return to work, unless they have access to informal childcare support. There is also extensive evidence that early years education has a major impact on child development, and that time in a formal education setting for young children can improve performance at GCSE and beyond.

Labour would seek to roll out educational provision for early years children as part of a National Education Service that is truly cradle-to-grave. Labour introduced free childcare hours for parents, which were fully funded and resourced.

Under the Conservatives, the free hours entitlement is chronically under-funded, with provision patchy and hard to navigate. Many providers now simply refuse to participate in the scheme. The result is that many parents aren’t even getting the hours they’re entitled to.

Sure Start, and the support it gives to vulnerable and hard-to-reach parents, was one of the great achievements of the previous Labour government, but under the Conservatives 1,200 Sure Start centres have been lost. Labour will halt the closures and increase the amount of money available for Sure Start.

Education is what empowers us to realise our full potential 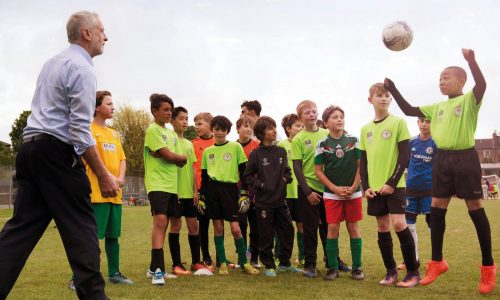 Conservative cuts are starving schools of the funding they need to deliver a first class education. Crippling underfunding is driving up class sizes and forcing schools to cut corners. A narrow curriculum and a culture of assessment is driving away teachers, creating a recruitment and retention crisis.

Labour will not waste money on inefficient free schools and the Conservatives’ grammar schools vanity project. Labour does not want a return to secondary moderns. We will also oppose any attempt to force schools to become academies.

Labour’s schools policy will be built on the following four foundations:

To give all children the best start in life, we will reduce class sizes to less than 30 for all five-, six-, and seven- year-olds, and seek to extend that as resources allow.

To aid attainment, we will introduce free school meals for all primary school children, paid for by removing the VAT exemption on private school fees.

We will abandon plans to reintroduce baseline assessments and launch a commission to look into curriculum and assessment, starting by reviewing Key Stage 1 and 2 SATs. The world’s most successful education systems use more continuous assessment, which avoids ‘teaching for the test’.

We will tackle the teacher recruitment and retention crisis by ending the public-sector pay cap, giving teachers more direct involvement in the curriculum, and tackling rising workloads by reducing monitoring and bureaucracy.

We will also consult on introducing teacher sabbaticals and placements with industry to encourage interaction between education and industry and introduce broad experiences into the classroom.

We will reintroduce the Schools Support Staff Negotiating Body and national pay settlements for teachers.

We will put £150 million back into supporting our children in schools by scrapping the Conservatives’ nonsensical plans for schools to pay the apprenticeship levy.

We will extend schools-based counselling to all schools to improve children’s mental health, at a cost of £90 million per year.

And we will deliver a strategy for children with special educational needs and disabilities (SEND) based on inclusivity, and embed SEND more substantially into training for teachers and non-teaching staff, so that staff, children and their parents are properly supported. 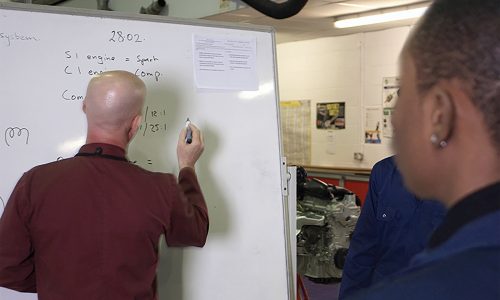 At a time when technology is changing demand for different kinds of skills, and evolving patterns of work mean that people are more likely to pursue several careers during their working lives, it is crucial that our education system enables people to upskill and retrain over their lifetimes. As part of our dynamic industrial strategy, lifelong training will deliver productivity and growth to the whole economy while transforming the lives of individuals and communities.

To ensure that we deliver for every part of the UK, we will devolve responsibility for skills, wherever there is an appetite, to city regions or devolved administrations.

Despite claiming to be committed to delivering high-quality training, the Conservatives have ruthlessly cut funding for FE colleges – our main provider of adult and vocational education – and reduced entitlements for adult learners. This has led to diminishing numbers of courses and students, and plunged the sector into crisis.

Labour would introduce free, lifelong education in Further Education (FE) colleges, enabling everyone to upskill or retrain at any point in life.

Our skills and training sector has been held back by repeated reorganisation, which deprives providers, learners and employers of the consistency they need to assess quality. Labour would abandon Conservative plans to once again reinvent the wheel by building new technical colleges, redirecting the money to increase teacher numbers in the FE sector.

We share the broad aims of the Sainsbury Review but would ensure vocational routes incorporate the service sector as well as traditional manufacturing, working in tandem with our broad industrial strategy to deliver for the whole economy.

We will improve careers advice and open up a range of routes through, and back into, education, striking a balance between classroom and on-the-job training, to ensure students gain both technical and soft skills

To implement the Sainsbury recommendations, we would correct historic neglect of the FE sector by giving the sector the investment – in teachers and facilities – it deserves to become a world-leading provider of adult and vocational education.

More specifically, we would:

Employer-led training is the most effective way of meeting our growing skills gap. Labour supports the apprenticeship levy, but will take steps to ensure that every apprenticeship is of a high quality. 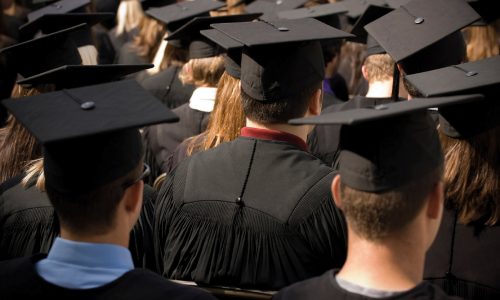 Labour believes education should be free, and we will restore this principle. No one should be put off educating themselves for lack of money or through fear of debt.

There is a real fear that students are being priced out of university education. Last year saw the steepest fall in university applications for 30 years.

Since the Conservatives came to power, university tuition fees have been trebled to over £9,000 a year, and maintenance grants have been abolished and replaced with loans.

The average student now graduates from university, and starts their working life, with debts of £44,000.

Labour will reintroduce maintenance grants for university students, and we will abolish university tuition fees.

University tuition is free in many northern European countries, and under a Labour government it will be free here too.