There’s very strong evidence Jeremy Corbyn and the Labour shadow cabinet are spending late evenings digging through the bins at the back of number 10 Downing Street to compile Labour’s latest Brexit plans.

Brexit plans which have been rejected by both the UK government and the EU27 negotiators: like staying in the Customs Union (or A Customs Union) find their way into Labour Brexit policy months later. 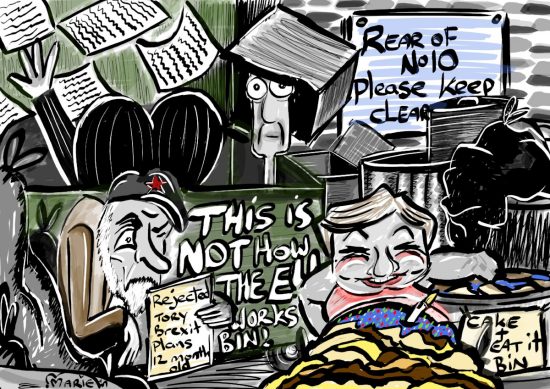