Far right political groups in the UK (throughout Europe) are concerned at what they see as the spread of the Islam/Muslim faith, the so called Islamification of Britain/Europe/America et al.

The concern is the Islam/Muslim faith will replace the current main faiths (Christian, Catholic etc…) and way of life and even laws in those countries. Replacing British law with Sharia law.

Lets have a poll. 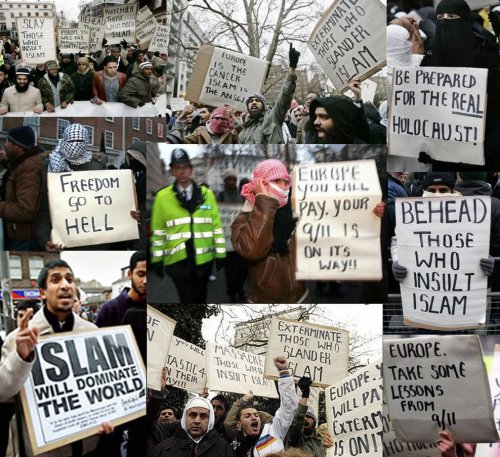 I’m looking for some suggestions of options to add so we have a range of opinions. Something along the lines of:

Yes, we should remove ALL Muslims from Britain.

Yes, we should stop Muslim Immigration into Britain.

No, Islam is a Peaceful Religion and not a Threat.

No, Islam is a Peaceful Religion, but Islamic Extremists are a Threat.

Islamification of Britain Myth or Reality

Also interested in views of this is even real or a myth developed by the far right?