I’m not a big football fan, I normally only watch events like the World Cup, still I’d hate to see the beautiful game of Football damaged by the BNP Immigration policy.

The BNP Immigration Policy states: “Stop all new immigration except for exceptional cases”

Imagine what Manchester United, Liverpool etc… would play like with only British born football players! 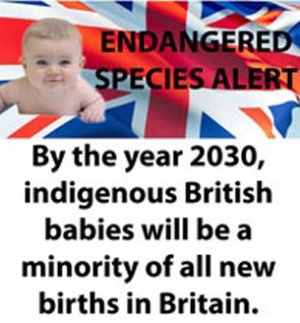 Also the BNP immigration policy would mean we wouldn’t be able to hire foreign born football managers and as has been shown in the recent past there’s some really good foreign managers. For example Fabio Capello (Italian born football manager) current England manager, will he have to give up his current job?

Just goes to show how poorly thought out the BNP Immigration policy is. Some may argue with this, but in the whole scheme of things, damaging British football wouldn’t be the end of the world, but lets expand this to look at the field of science. Again we have some of the best scientists in the world, but there are just as many great scientists born in other countries and it would be a travesty if our Universities and research institutes etc… couldn’t hire a great scientist just because he/she wasn’t born in Britain!

We need a well thought out immigration policy, NOT stop immigration completely and forever!!! Looking through the political parties immigration policies (and I’m sure some will disagree with this assessment) I view them as follows:

BNP Immigration Policy : Way over the top, as my eldest son put it “The BNP way is the equivalent of using the A-bomb to take out a fly. Sure you got the fly, but you also destroyed everything else and irradiated the land.”

UKIP Immigration Policy : Stopping immigration for 5 years except for important workers. Still a bit on the harsh side, but at least it’s a realistic concept. We need skilled workers and at least UKIP understand this.

Labour/Conservative/Liberal Democrats Immigration Policy : The BNP supporters are going to like I’m combining them :-) There’s not great deal between them IMO, as public opinion is moving towards stronger controls on immigration the main three parties are adapting their immigration policies (slowly). I still see all three parties immigration policies as on the weak side which is why the British public are not happy and the BNP are benefiting from that unhappiness.

Yes, immigration is important, but lets not destroy one of our nations favourite sports that is the beautiful game of football.